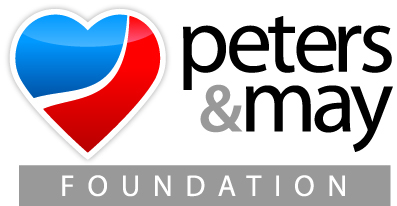 The Peters & May Foundation is managed/overseen by five Trustees, all employees of Peters & May and all passionate about raising money for good causes. Company CEO Simon Judson is co-founder of the Foundation and has been a Trustee since its creation in 2018 and has been joined in 2021 by four colleagues eager to support the charitable work.

Founding Trustee Simon is the CEO of Peters & May. He believes that charity is more than just raising funds - it’s about increasing awareness of the great work achieved. Simon hopes the Peters & May Foundation not only raises charitable financial donations, but also educates people and highlights the important work carried out by charities every single day.

‘Having successfully hosted fundraisers in the past, support has been amazing, with a real potential to grow. The Peters & May Foundation will facilitate this growth, so we can help more charities in their bid to address some of the world’s biggest challenges today and into the future’.

His personal fundraising aspiration is to cross the English Channel by kite surf with all proceeds going to the Peters & May Foundation.

Import Operations Executive Johanna’s joined the Trustees as she believes in the importance of giving something back to society.

‘The reason I am keen to be part of the Foundation is that I see the significant contribution it will make to worthy charities.’

Outside the office, Johanna has many active interests including snowboarding, hiking, tennis, cooking and taking part in obstacle races.

Mark is the Financial Controller at Peters & May. The driving force for Mark’s fundraising and charitable work has been the personal experience of losing more than one close relative to cancer. Thus, he is eager to give back to those charitable sectors which helped him through difficult times and hopes to fundraise for marine training and the preservations of the earth’s oceans for generations to come.

A keen recreational runner, in 2019, Mark ran the Southampton Half Marathon to raise over £1,000 for the Peters & May Foundation. He also coaches at his local junior squash club and enjoys snooker and spending time with his three children.

Elaine has been a key member of Peters & May’s finance department for over 10 years. Her passion for arranging events and raising money for charity make her a natural choice for a Trustee for the Foundation.

One of her most notable achievements is to have raised £5,000 for Macmillan by running the 2018 London Marathon.

Anthony has worked with Peters & May since 2016 as their Racing Division consultant. His previous experience as senior project manager for three Volvo Ocean Races and managing the South African Olympic Sailing Team for the Sydney 2000 games.

Anthony joined the Peters & May Foundation as an opportunity to enhance the lives of those less fortunate and to promote the responsibility of businesses to make contributions to wider society.